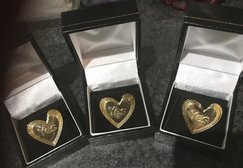 Patryk was just seven years old when tragically, he died after losing consciousness at his school (Offley Primary Academy) in Sandbach, Cheshire on 2nd Oct 2020. He was taken by air ambulance to Alder Hey Hospital where, despite the heroic efforts of doctors and nursing staff who tried to revive him, he sadly lost his fight. 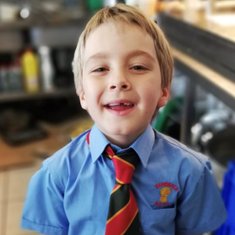 His parents Andy and Aggie immediately consented to organ donation and as a result an adult and a young child received multi-successful life changing organ transplants. To this day, it is still unexplained why Patryk was taken from us and the inquiry continues.

Andy and Aggie Milner tirelessly run the catering operation for Sandbach Rugby Union Football Club. A non-profit community club where Patryk himself played in a mini/junior section which, before lockdowns intervened, would welcome over 400 boys and girls between the ages of five and eighteen to train and play every week.

Since the tragedy, the community of Sandbach particularly the rugby club has been a source of enormous support to Andy, Aggie, and Patryk's 5-year-old sister Krissy. Now the family would like to do something as a thank you to the town and rugby club, especially it's mini/junior section.

The aim is to run a series of charitable events to create a memorial fund to support sports development for juniors of all ages. Patryk loved all sports, so our initial goal is to fund a sports coach who would visit schools in the surrounding area as well as Sandbach Rugby Club itself. We also hope to support an all-weather junior coaching/training area at the rugby club which would be available to the whole community. 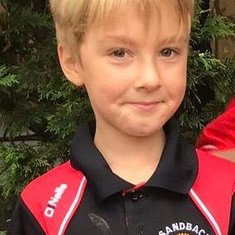 May we ask for your support in our fundraising efforts? We feel that providing resources to encourage participation in sport and aid the development of youngsters of all abilities, would be a fitting tribute to Patryk.

The link to the gofundme fund is below, thank you all for your contribution